It's release day for My Favorite Things and I'm honored to be joining them this month for their MFT & Friends Feature.

They are releasing a very fun mix of stamps and dies geared towards creating both summer and celebratory themed crafty projects.  Be sure to visit the MFT blog for even more inspiration from the design team and guests.

I have two cards to share today showcasing some of the new products.  First up is customized birthday card that features the Celebrate With Cake Die-namics. 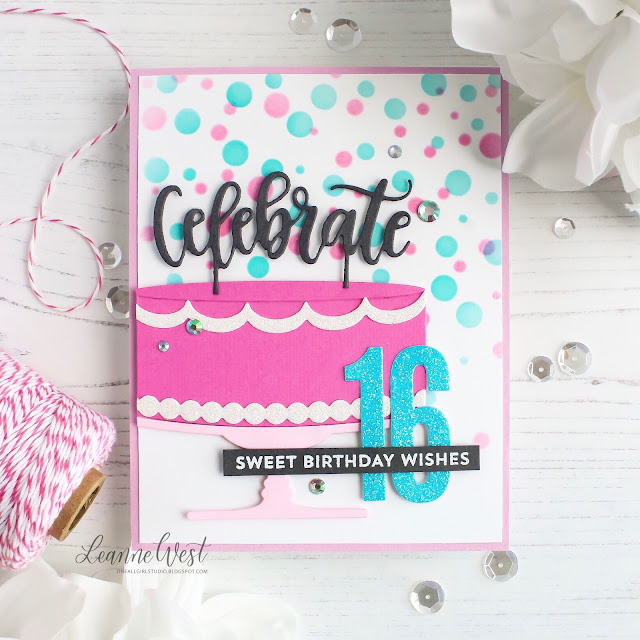 For this A2 sized card, I started by stenciling the two-toned confetti background. I used Peacock Feathers and Picked Raspberry Distress Oxide ink with the Card-Sized Confetti Stencil Set. I added the cake on stand a offset from center and trimmed off the overhang. 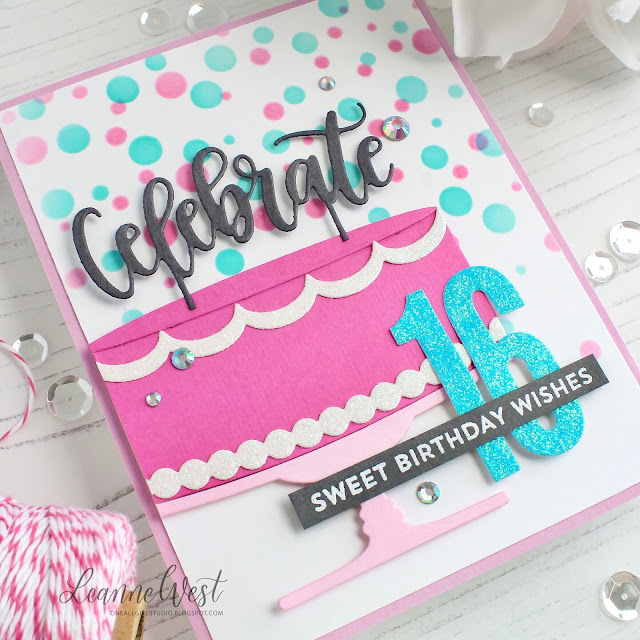 To customize the card for a special someone who's turning 16 soon, I die cut the numbers using the Impact Numbers Die-namics. I then white heat embossed a coordinating sentiment from Bitty Birthday Wishes to layer over the numbers and cake stand.

The second card is A6 size and features a two part greeting with some magical images from the new Fairy-Tale Friends stamp set. 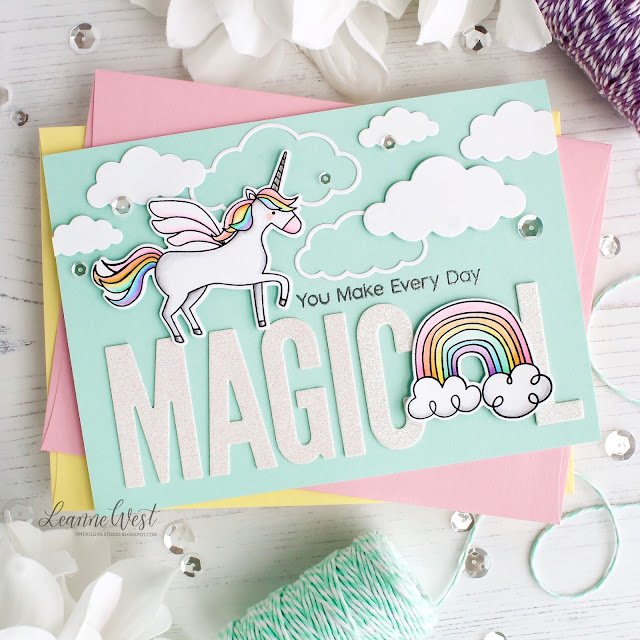 I started by Copic coloring the unicorn and rainbow images from Fairy-Tale Friends. (Copic colors used for this pastel rainbow combo is pictured below)  I love combining die cut letters with stamping for my sentiments on cards so I stamped and silver heat embossed "you make every day" which is included in the Fairy Tale Friends set. I then used the Impact Alphabet Die-namics to cut out the letters to spell Magical. 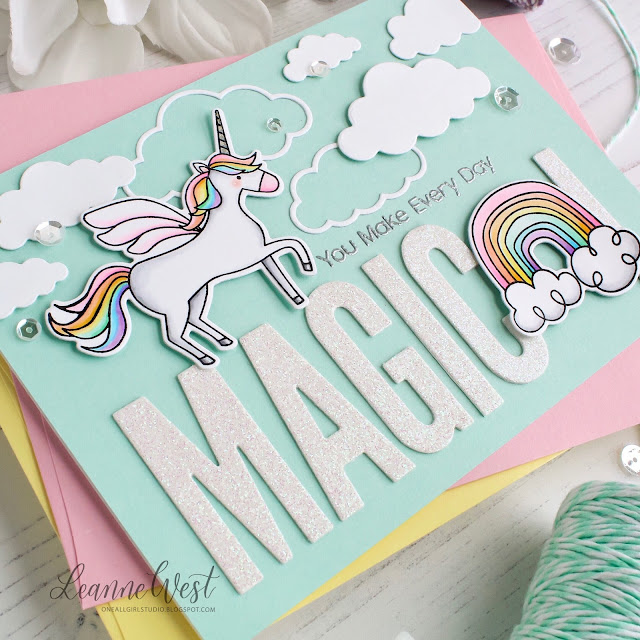 Instead of using the "A" for the word magical, I used the rainbow image. The die cut letters are adhered flat to the card front and then I popped up the rainbow image so it would slightly overlap the C & L. For the top half of the card, I adhered the unicorn plus several clouds die cut with the Cute Cloud Outlines Die-namics.

Email ThisBlogThis!Share to TwitterShare to FacebookShare to Pinterest
Labels: My Favorite Things

Hello Friends! Please join me over on the Honey Bee Stamps Blog today.  I'm sharing all details for this Bee Mine Valentine's Day C... 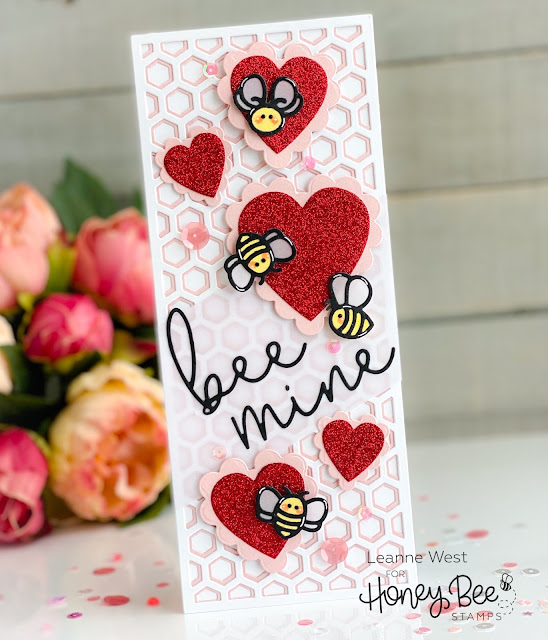 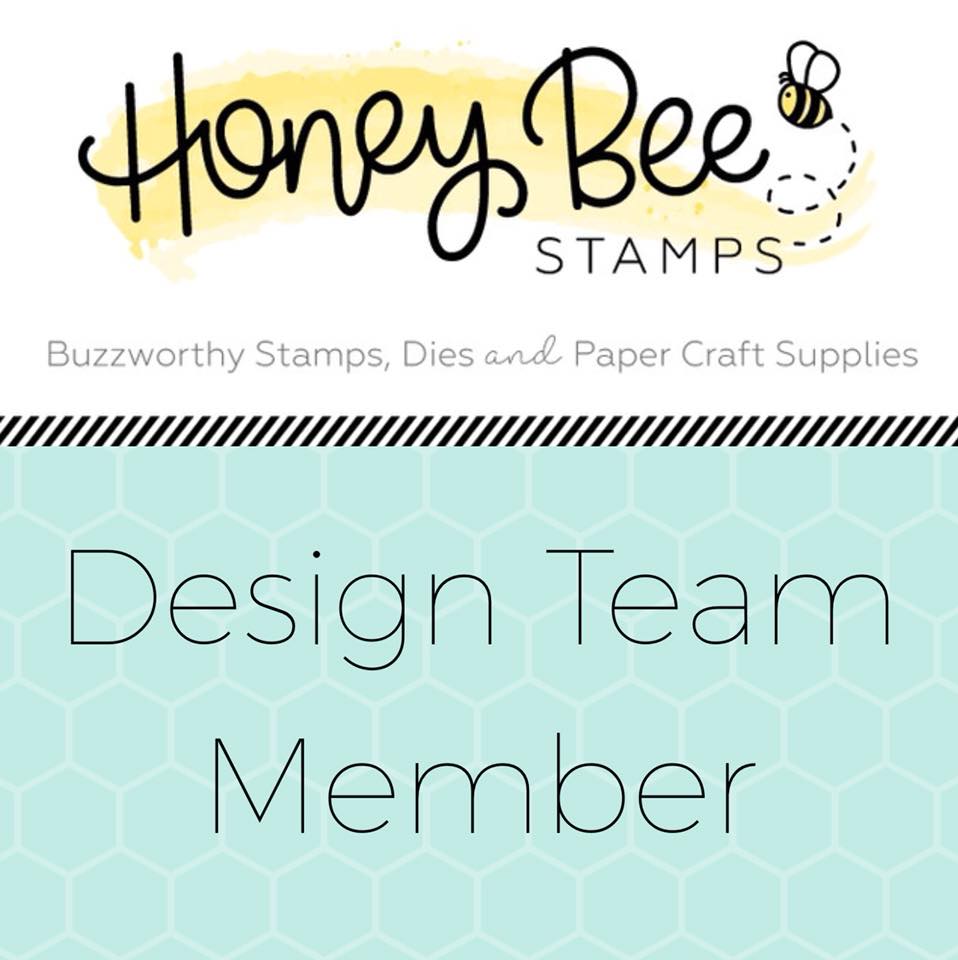 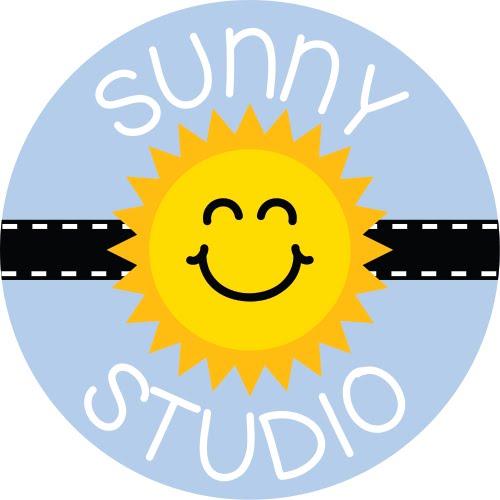